SDLP Councillor Makes A Complaint Against BNP Leader To PSNI

SDLP councillor Nichola Mallon has made a complaint to the PSNI about a tweet made by BNP leader Nick Griffin in which he called catholics fenian bastards.She says "The complaint I have lodged cites Part III of the Public Order (Northern Ireland) Order 1987, which deals with actions or words which stir up hatred or fear," she said.

"By using the language he used, he has also proven himself unfit for elected office, and the authorities at the European Parliament should be taking advice on what action to take against him.

"His presence at Stormont was deeply unhelpful and should have been challenged - all Nick Griffin seeks to do is stir up discontent and sectarianism in Northern Ireland, and that is the last thing we need." 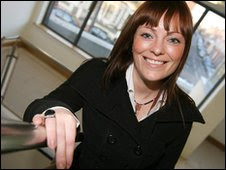